Intracranial translucency (IT) by ultrasound in the first trimester is used in screening for open spina bifida, which is predominantly seen in the second trimester morphology ultrasound. IT has been used in many countries, including Asian and European countries. The aim of this study is to generate an IT normal range and to correlate IT measurements and neurological system abnormalities identified during second trimester ultrasound scan. A retrospective cohort study was performed using 199 foetal records taken from nuchal translucency (NT) clinic, from 1 June 2016 to 30 November 2019. Intracranial translucency (IT) measurements were assessed using existing nuchal translucency (NT) images of the foetuses aged 11 weeks to 13 weeks and 6 days of gestational age, where the foetal measurements taken for this study were between 45 and 84 mm. Eighteen samples were excluded, leaving only 181 samples that met the set criteria were used to establish the IT normal range. Inclusion criteria for this study involved all pregnant women with singleton pregnancies who had undergone NT scan with gestational ages ranging from 11 to 13 + 6 days. Based on the normal range value created, a total of 144 samples were normal foetuses, while the other 37 foetuses had various ultrasound abnormalities in the second trimester of pregnancy with no open spina bifida found. The results obtained exhibit linearly increased IT measurements with increasing crown-rump length (CRL), gestational age (GA), and nuchal translucency (NT).

NOORYIAN YAHYA was born in 1980 and is a sonographer of Maternal and Fetal Medicine Unit. in the Department of Obstetrics and Gynecology, Faculty of Medicine, UKM. She is also a Science Officer, and she started her career at the Department of Obstetrics and Gynaecology, Faculty of Medicine, Universiti Kebangsaan Malaysia (UKM) from 2005 till present. She is actively involved in the department activities and courses that are related to ultrasound.

ASSOC. PROF. DR. SHUHAILA AHMAD is a lecturer in the Department of Obstetrics and Gynecology, Faculty of Medicine, UKM. Currently, she is the Head of Maternal and Fetal Medicine Unit. She is actively involved in the production of articles, books, and chapters in books that are related to prenatal education.

DR. NOOR SHAM YAHYA LUDDIN was born in 1966 and began her medical studies in 1989 at the University of St Andrews, Scotland, United Kingdom. In 2006, she completed her fellowship in the Maternal Fetal Medicine at KK Women’s & Children’s Hospital, Singapore and Kuala Lumpur Hospital. Then she started her career at the Kuala Lumpur Hospital in 1992. She has involved in many studies and publications and has been appointed as an invited speaker and speaker in conferences and international events.

PROF. DR. AZMI MOHD TAMIL is a senior lecturer in the Department of Public Health, Faculty of Medicine, UKM. He is actively involved in several studies and has received the Innovation Award for Software Category at UKM Campus level during Quality Day. In addition, he has also involved in teaching and learning field such as in the e-learning sites and several research and community project grants. He has been lecturing in UKM for more than 20 years since 1992.

PROF. DR. MOHD RIZAL ABDUL MANAF is a lecturer, professor, and the Head of Department of Public Health, Faculty of Medicine, Universiti Kebangsaan Malaysia (UKM) from 2011 till present. He is also the Head of UKM Grand Challenge (Wellness Malaysia), Chairman of the Universiti Kebangsaan Malaysia Medical Centre (UKMMC) Virtual Library, and Vice President of Malaysia Health Economics Association. He has published numerous articles related to economic health, quality of life, and medical statistics. 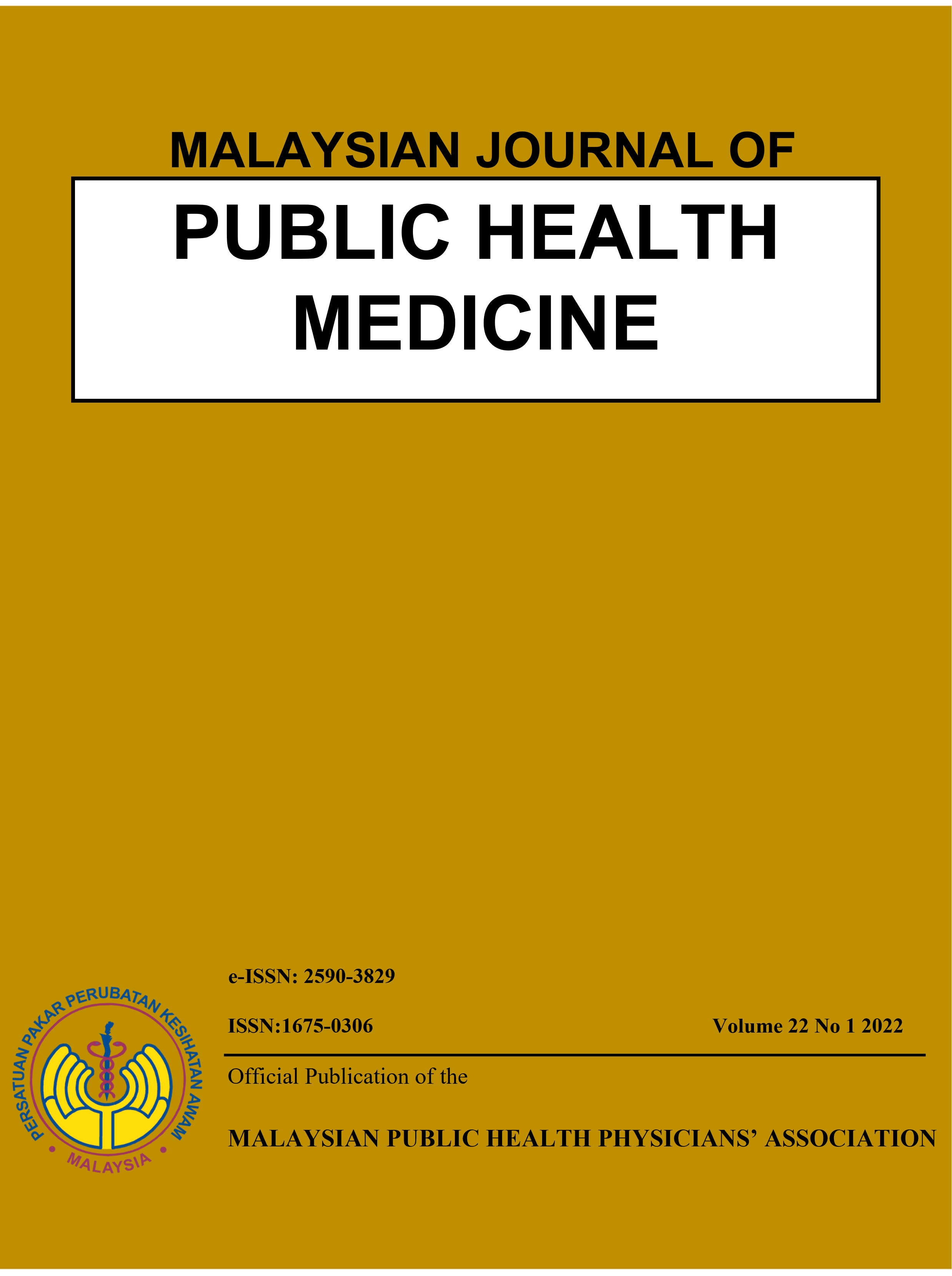