FUNCTIONAL STATUS OF THE ELDERLY IN A RURAL COMMUNITY IN MALAYSIA

Functional dependence is common in late life and may be due to the normal process of ageing or associated with physical disorders. This study was done to determine the prevalence and factors affecting functional dependence among the elderly in a rural community setting. A cross sectional study design using stratified proportionate cluster sampling method was used in this study. All elderly residents aged 60 years old and above in the selected kampungs in Mukim Sepang we,e selected as respondents. The Barthel's Index (Bl) was used to screen for functional dependence among the respondents. Functional dependence in basic Activities of Daily Living (ADL) implies that the respondent needs assistance in one or more of these tasl<S. Out of the 263 elderly residents, 223 agreed to participate giving a response rate 84 .8%. The mean age was 69 .7 years with a SD of 6. 8 years. Age ranged from 60-99 years. Thirty-five ( 15 .7%) of the respondents were dependent in at least one function of the AOL. The most common problem identified was urinary incontinence (9 .9%). Functional dependence is common among our elderly population. This problem needs to be addressed by the health care personnel to improve the quality of life of the elderly.

9. Salleha K. A Community Based Study on the Profile of Functional disability among Elderly in Sepang. BSc Thesis. Universiti Putra Malaysia; 2001
(Unpublished). 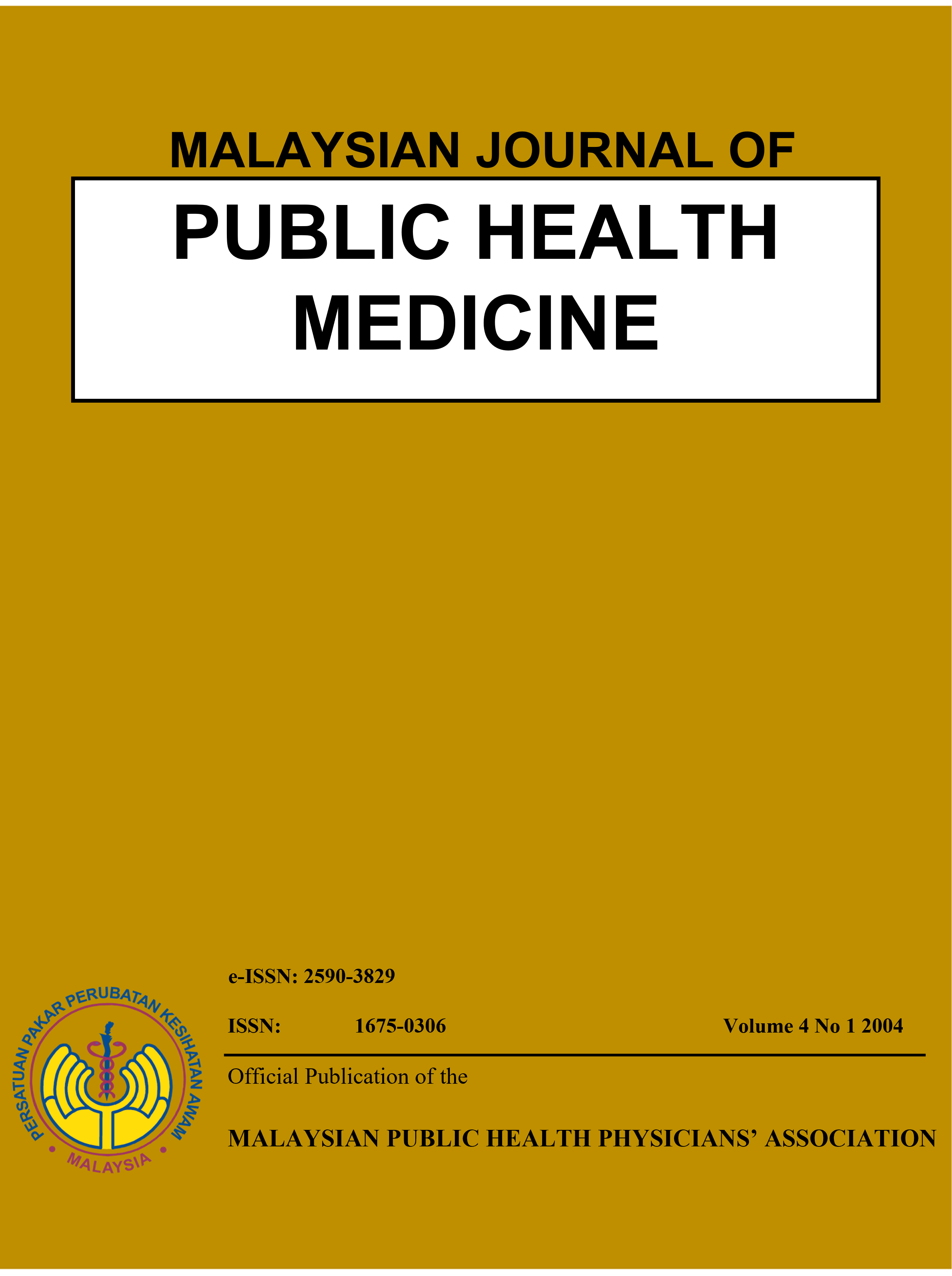