AN EPIDEMIOLOGY OF MALARIA OUTBREAK IN FELDA NERAM 1, DISTRICT OF KEMAMAN, TERENGGANU - AN OUTCOME OF NEGLECTED SURVEILLANCE

An investigation was undertaken of a malaria outbreak in Felda Neram 1 in the district of Kemaman, Terengganu. Thirty-eight malaria cases of Plasmodium falciparum with one death were reported from that locality. The outbreak peaked between the epidemiological week of 42 and 44. A total of 2300 persons were surveyed with population coverage of 90%. Overall Slide Positive Rate was 1.5%. Out of 38 cases, / 9 were Malays and the rest were Indonesian workers. Seventy-nine percent (30/38) had a history of fever within nine weeks prior to the survey. Thirty persons were found to be febrile on the date of the survey of which 42% (14/30) were smears positive. Blood smears showed 65.7% (25/38) had an asexual parasitemia and 34.2% (13/38) cases were gametocytaemic. The males/females ratio was 1 :7. Younger age groups were more affected. All patients were given radical malaria treatment. Forty-three percent ( 16/38) had a second course of radical treatment. The outbreak was caused by the re-entry of an Indonesian worker with malaria to the locality. Factors such as delayed detection and notification and inadequate surveillance were instrumental for the outbreak. 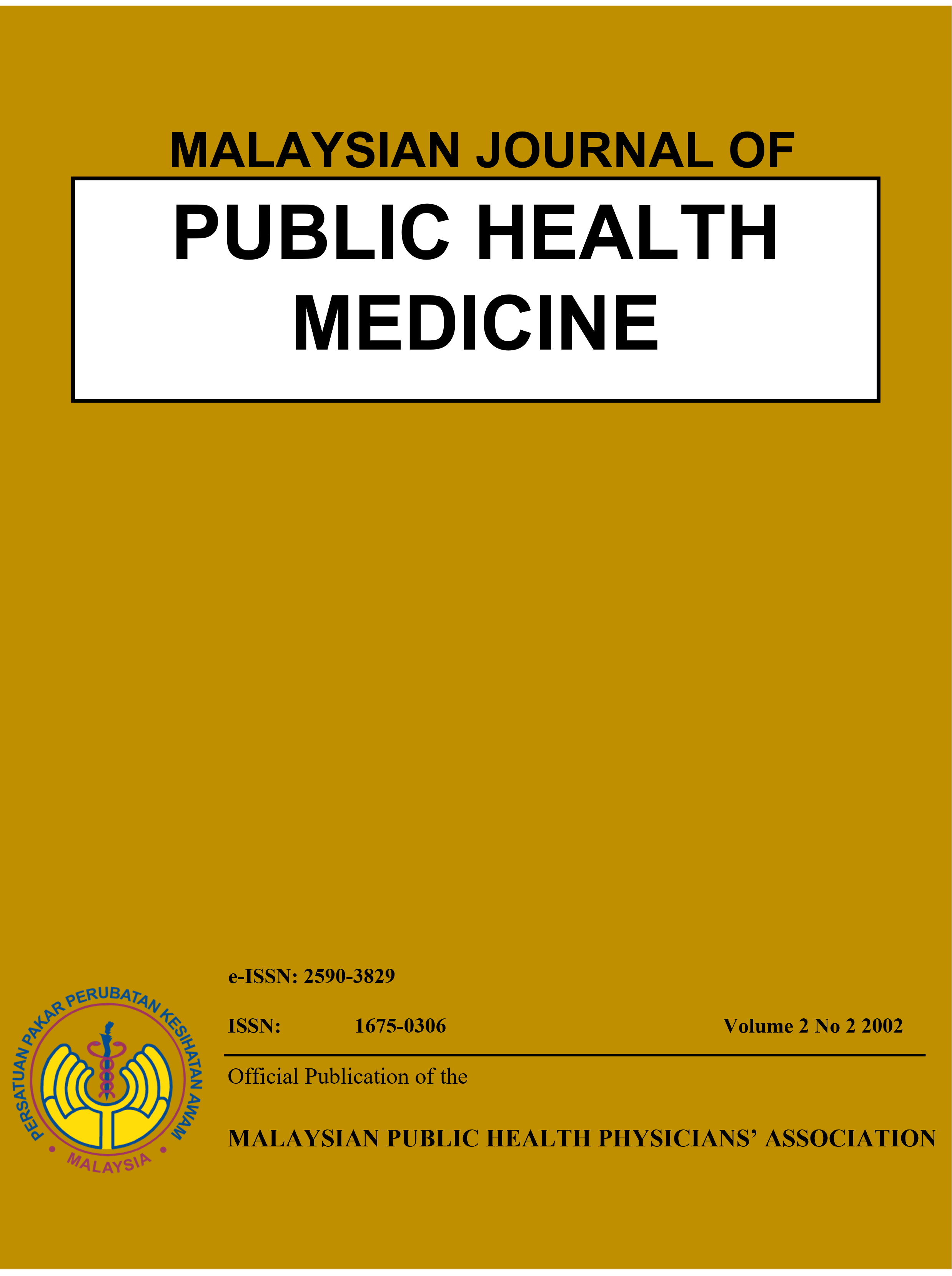